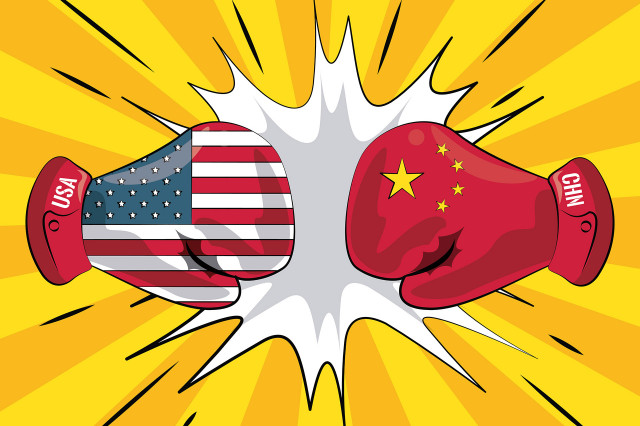 Amid heightened geopolitical tensions between the United States and China, we are devoting two articles to helping the academic and research  organizations dissect 6 of the essential items under the new U.S. export controls related to China.

In Part 1, we explored the complexities created by the new Commerce Department requirements. In Part 2, we will further expand on BIS’ activities and navigate the additional requirements of OFAC and the Department of Defense. We will also cover some enforcement cases to help illustrate what the authorities expect from organizations and their employees in terms of compliance. (Check out Part 1 here if you haven’t read it yet.)

The U.S. Treasury Department’s Office of Foreign Assets Control (OFAC) witnessed a transformative year in 2021. As the Biden Administration’s political team stepped into leadership at the Treasury, it conducted a comprehensive sanctions review and began developing its own sanctions policy priorities.

Here are some of the significant developments:

In January 2021, President Trump issued Executive Order (E.O.) 13974, amending a vague and somewhat confusing E.O. 13959 that was initially issued in November 2020. E.O. 13959 was the original E.O. that prohibited U.S. persons from investing in securities of any “Communist Chinese Military Company” (CCMC). However, its impact was confusing because two designated entities were able to sue in the Washington D.C. District Court challenging their designation and were successful in obtaining preliminary injunctions against the U.S. government.

This new E.O. and its related OFAC guidance provided helpful clarity on OFAC’s CCMC sanctions (which were renamed CMIC for “Chinese Military Industry Complex”).  At the same time, OFAC created and published a new Non-SDN Chinese Military-Industrial Complex Companies List (“NS-CMIC List”) under EO 14032. These series of E.O. could be summarized in the table below. 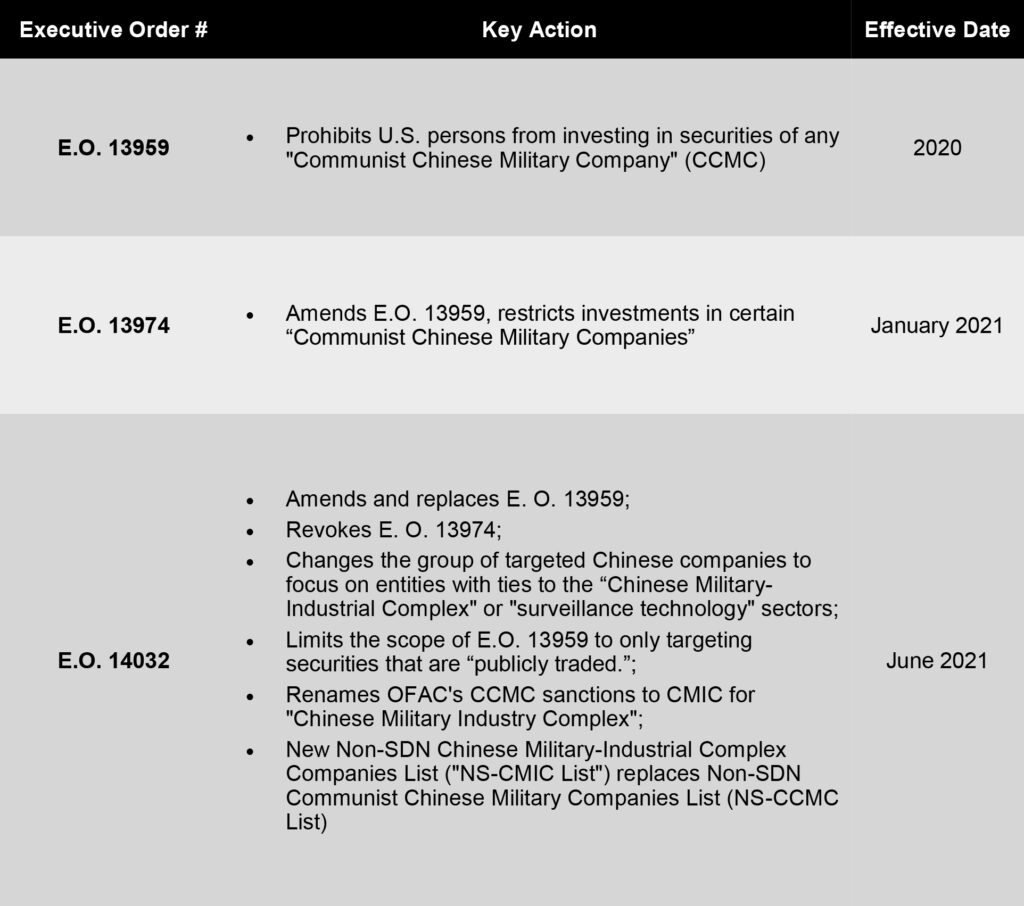 Effective June 3, 2021, the NS-CMIC List replaced and superseded in its entirety the Non-SDN Communist Chinese Military Companies List (NS-CCMC List), which has been deleted from OFAC’s website.  Only entities whose names exactly match the names of the entities on the NS-CMIC List are subject to the prohibitions in E.O. 13959, as amended.

68 Chinese companies are listed on the NS-CMIC List (including name variants for 205 entries), focused mainly on high-tech sectors such as aerospace, artificial intelligence, electronics, defense, technology, and telecommunications.

COMPLIANCE CONNECTION: This means that U.S. persons are prohibited from purchasing or selling publicly traded securities or any publicly traded securities that are derivative or designed to provide investment exposure to such securities with such parties. U.S. persons may engage in other activities related to parties on the NS-CMIC List. For example, you may still purchase and sell goods or services related to NS-CMIC entities and their subsidiaries.

For U.S. academic and research entities exploring overseas research talent, a past affiliation with entities listed in the NS-CMIC List, does not necessarily mean that the researcher cannot be hired.

It is generally worth noting, however, that if the party or academic researcher is an SDN, the broader prohibitions on U.S. Persons engaging with SDNs apply and override the more limited prohibitions for the NS-CMIC List. U.S. persons are forbidden from engaging in any transactions with an SDN, their property interests, or entities 50% or more owned by the SDN.

In 2021, as part of a more comprehensive whole-of-government approach, OFAC addressed perceived human rights abuses in the Xinjiang Uyghur Autonomous Region (Xinjiang) and elsewhere in China. Several agencies were involved:

COMPLIANCE CONNECTION:  This advisory warns that “businesses and individuals that do not exit supply chains, ventures, and/or investments connected to Xinjiang could run a high risk of violating U.S. law.”

COMPLIANCE CONNECTION:  The designations by BIS generally prohibit the export, re-export, or in-country transfer of commodities, software, and technology subject to the Export Administration Regulations (“EAR”), including EAR99 items, to designated entities without a license. BIS will review export licenses under a “presumption of denial” policy, and no license exceptions are available.

COMPLIANCE CONNECTION:  Compliance officers should be mindful of the nexus of technology firms transacting with China, particularly Xinjiang-based companies. It is recommended to conduct due diligence to assess potential indirect risks – i.e., where the ultimate beneficiary may be a surveillance or technology company associated with Xinjiang.

Companies should assess whether their export compliance programs include appropriate measures that address the risks associated with dealing with parties on OFAC’s NS-CMIC and SDN lists and the Entity List. It is worth considering that the passage of the Uyghur Act could lead to additional sanctions, which could require updated restricted party screening procedures, supplier/customer onboarding processes, and due diligence assessments. Importers of goods from China will need to conduct enhanced due diligence to prove imports from the region are not produced using forced labour.

In parallel, the U.S. Department of Defense (DoD) released on June 3, 2021, its List of “Chinese Military Companies” (CMC) per the statutory requirement of Section 1260H of the National Defense Authorization Act (NDAA) of 2021.

The DoD strategy focuses on countering China’s Military-Civil Fusion development strategy, which supports the modernization goals of China’s People’s Liberation Army by ensuring its access to advanced technologies and expertise acquired and developed by companies, universities, and research programs that appear to be civilian entities.

Section 1260H directs the DoD to identify, among other things, Military-Civil Fusion contributors operating directly or indirectly in the United States.

It is worth noting that initially, as envisioned by Congress, it was the DoD who took the lead in selecting and designating CCMCs. Still, the Trump Administration tasked OFAC to implement E.O. 13959’s investment restrictions, thereby leading to considerable confusion between those two federal agencies on the division of the roles.

For example, many Chinese companies with publicly traded securities had close but not exact matches to entity names on DoD’s CMC List. It was also unclear whether a designation by DoD would apply to every owned subsidiary or controlled by a named CMC entity.

Ultimately, E.O. 13959, as amended, shifts the primary authority for designating CMICs from DoD to the Treasury Department.

COMPLIANCE CONNECTION:  What does this mean for exporters in terms of compliance? As explained in Part 1 of this article, even if the party is not listed on BIS Military End User (MEU) or Entity Lists but is listed in OFAC’s Non-SDN Chinese Military-Industrial Complex Companies List (“NS-CMIC List”) or the DoD “List of Communist Chinese Military Companies” (the “DoD List”), such listings would raise a Red Flag under the EAR. The exporter may require additional due diligence to determine whether a license is needed under the MEU rule.

It is worth noting that the U.S. plans to raise penalties against companies that don’t comply with export control rules that threaten National Security, according to a top Biden administration official.

Companies breaking the rules might face more burdensome consequences, according to Axelrod, Assistant Secretary for export enforcement at BIS, who outlined the new BIS strategy in a speech to the Society for International Affairs on May 16, 2022.

The proposed new penalties include:

BIS is empowered with administrative enforcement — a separate process from a Justice Department investigation that can result in criminal penalties. However, according to Axelrod, “BIS administrative authorities can result in nearly the same punishment that a criminal conviction would bring”. That includes significant monetary penalties, agreements requiring a compliance overhaul, and, in extreme cases, denying a company’s ability to export. Axelrod reminds us that BIS administrative authorities can be just as powerful as criminal authorities when it comes to cases against companies.

In its most recent enforcement dated June 08, 2022, BIS issued a Temporary Denial Order (TDO) suspending the export privileges of three U.S.-based companies that allegedly sent blueprints for satellite, rocket, and defense prototypes to China without BIS authorization. This type of information is subject to strict U.S. export controls due to its sensitivity and importance to U.S. national security.

BIS said the three U.S.-based companies would be banned from exporting for 180 days, with an option to renew the 180-day export suspension.

The Department said Quicksilver Manufacturing, Rapid Cut, and U.S. Prototype received technical drawings and blueprints from U.S. customers and sent them to manufacturers in China for 3D printing.

“Outsourcing 3-D printing of space and defense prototypes to China harms U.S. national security,” Axelrod said in a statement. He reinforces this point by saying “By sending their customers’ technical drawings and blueprints to China, these companies may have saved a few bucks, but they did so at the collective expense of protecting U.S. military technology.”

The importance of systematically checking your partners, customers, collaborators, and clients against the following restricted lists is more important than ever.

Demonstrating due diligence in your operational compliance processes goes a long way in mitigating fines and penalties if an inadvertent violation occurs.

This article is Part 2 of the China Export Control Compliance Series. Part 1 of the series focused on BIS requirements, and Part 2 focused on OFAC and the Department of Defense. 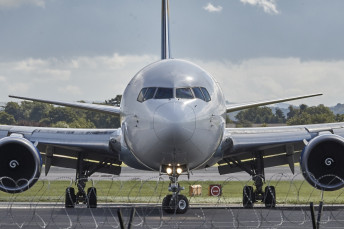